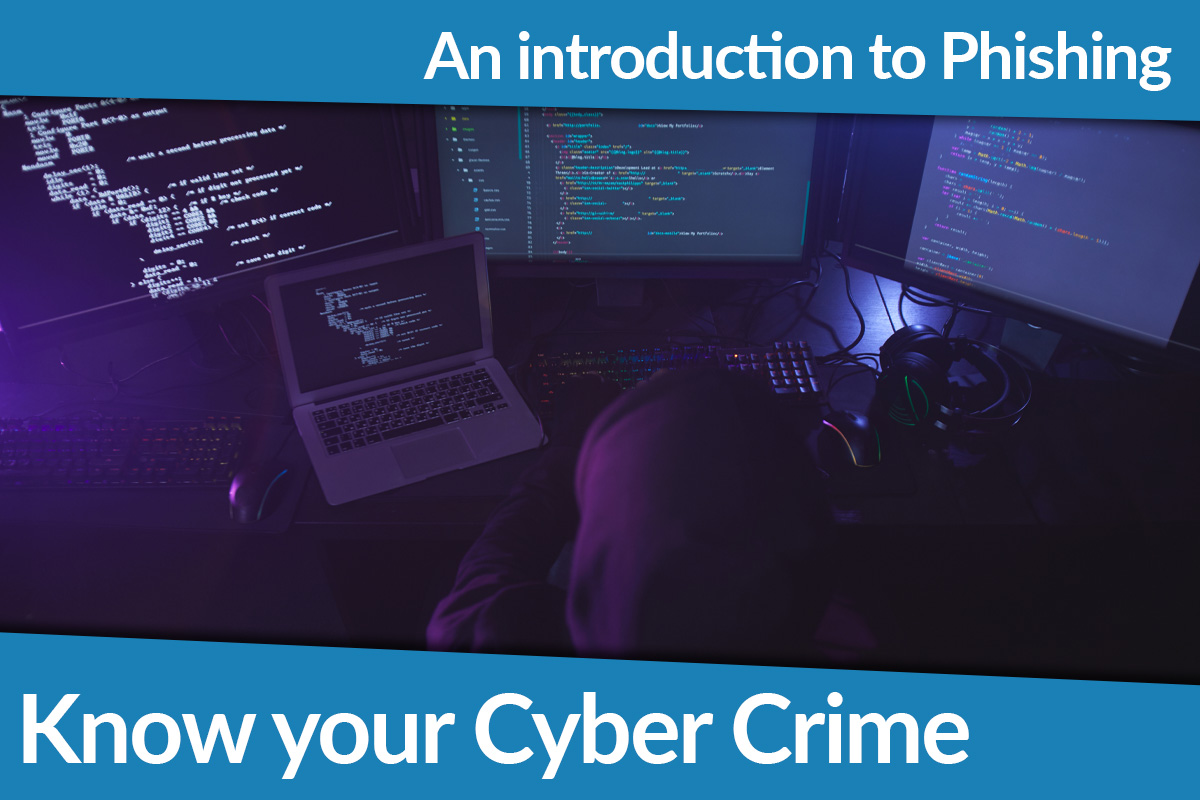 Know your Cyber Crime – An Introduction to Phishing

We all instinctively believe we know what to look out for when it comes to online crime – we all think we know when something looks a bit ‘fishy.’  But how many business owners are really clued-up on the vast array of techniques cybercriminals use to gain access to sensitive information, con and extort businesses and individuals out of their hard-earned cash?  In this series, we’ll look at a few of the methods used by these unscrupulous individuals and the damage that can result if you don’t take the necessary precautions.

‘Phishing’ is actually quite a broad term used to denote acts of deception and trickery designed to fool individuals into voluntarily divulging sensitive information.  It typically involves scammers assuming a false identity, which they then use to acquire various forms of sensitive information from targets, such as bank details and account logins.

Phishing scams can be perpetrated through various channels, such as website links, emails, text messages and phone calls, however, it is most commonly associated with Email.

The aim of the scammer is quite simple; to dupe the recipient into thinking that the Email comes from a trustworthy source so that they then comply with its contents and surrender vital information – sometimes scams also use malware embedded in attachments to infect the computers of targets and harvest information more stealthily.  Scammers use a variety of identities, but typically they opt for important figures in a target’s life (such as their boss) or an institution that the target is likely to pay attention to (such as their bank).

While most scammers have broadly similar aims – often monetary reward – the techniques used to dupe and deceive vary widely.  Some of these are listed below.

At this point you might be thinking; ‘geez, there’s more to phishing than I thought.’  But don’t fear, by taking the following simple precautions you can prevent yourself or your employees from falling victim to Phishing scammers.

When it comes to Phishing, inaction is often the best form of defence.  If something doesn’t look legitimate in any way, don’t interact!

Know your Cyber Crime – An Introduction to Vishing
Scroll to top